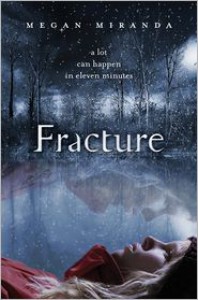 I'm not sure what compelled me to move this up on my to read list. There wasn't anything that stood out about the book in my memory. It may have been because it was a debut author book that fit into my challenges for the year, or it could have been dumb luck. What ever the case, I thought it was completely fantastic. I mean there wasn't anything over the top amazing about the plot that bowled me over or some shocking twist that brought me to me knees. It was simply a great character book.

I flipping loved Delaney and Decker. Simple as that. The two of them brought a life to this story that felt real. I could actually feel the push and pull of their relationship and I wanted more. The way things went from being completely easy between them to awkward and strained and then to a thick sexual tension is what had me riveted. Thy both knew what they wanted but had so much outside stuff getting in the way so it was virtually impossible for them to grab what was just out of reach. Even Troy, who I found insane, and Tara, who was annoying, added to the story of Decker and Delaney and I found myself grateful for them.

There were two things I didn't like though. The first was Delaney's mother. She was over the top overbearing and mean. Everything she said she did was out of love, but I thought she was wrong with every decision she made. She was trying to be this amazing parent and really she sucked. She has harsh and abrasive and borderline abusive and that was never really dealt with. I also didn't like the part towards the end with Janna. I understood her reaction, but that was it, just a reaction with again no follow up. I just didn't understand the point of including it if there was no plan of a revisit. Just seemed out of place,

Other then those two things I throughly enjoyed the book. I actually found myself wishing it were a series. :-D Can't wait for more from this author.
Tweet